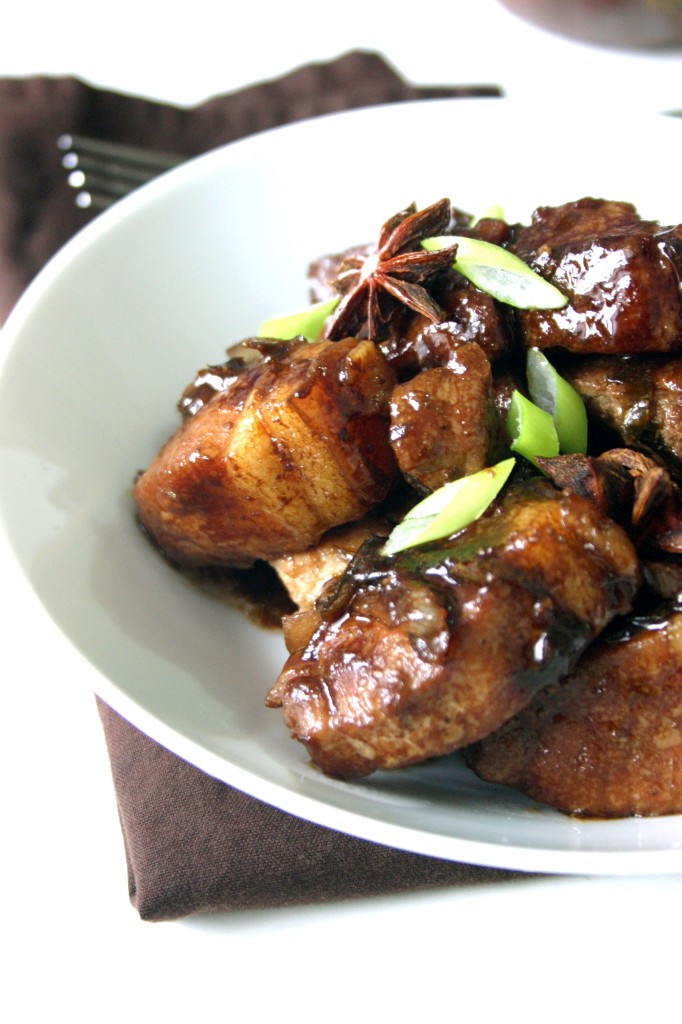 Asado is actually a spanish term cut meats which are cooked in open grill. In Philippines on the other hand, asado is an interesting dish with meat a little bit sweet and soury in taste. We can use the left-over in making the fillings of the popular chinese buns “Siopao”.

some salt, pepper to taste

some achute juice for coloring

Put the pork in a saucepan and add vinegar, pepper and half of the pounded garlic. Later, add the salt, bay leaf, star anise, brown sugar, honey and soy sauce. Allow it to boil for 2 minutes.Add 2 cups of water and let boil until pork is tender. Fry the potatoes until golden brown, then set aside. Saute garlic, onion, and tomatoes, then add pork mixture, potatoes and atchuete juice, to the mixture and cook until done. Serve hot.