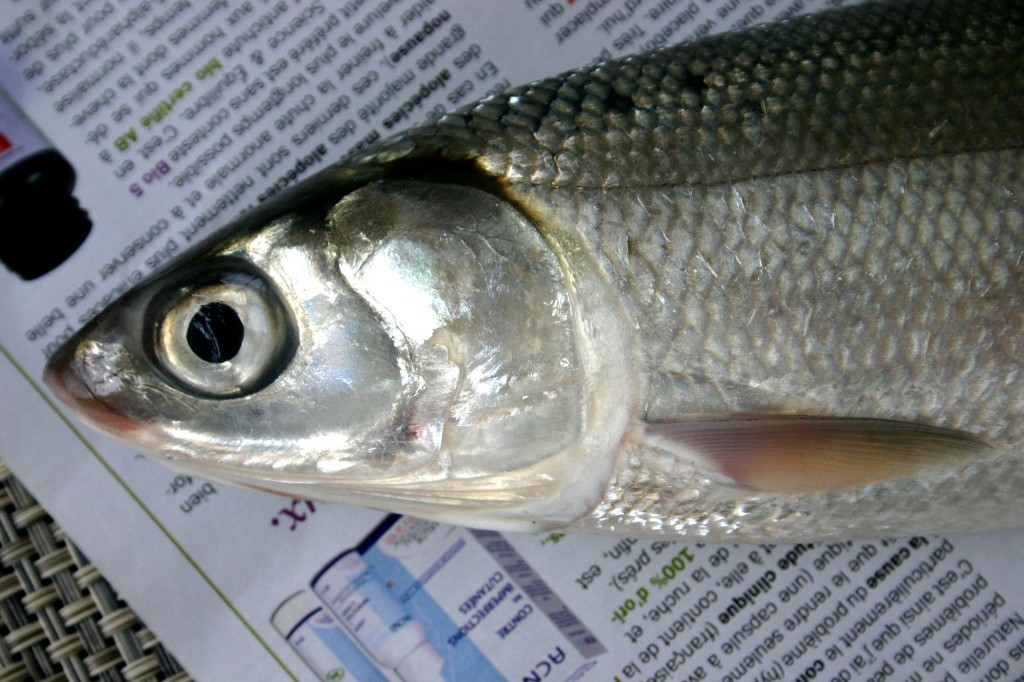 “Fishing is  the sport of the drowning worms”

When I was a kid, my parents never had any problem making me finish my vegetables on the plate, unlike my sisters.  For I have always loved vegetables.  But when it comes to fish and seafood it was an eternal torment to me, unlike my sisters. So just imagine the  daily ordeal of my parents  concocting family’s menu peped up with their children’s aversion for vegetables and fish. Whew, we were indeed a royal pain in the butt

Now, as a mother, I have always wanted to show good example to my daughter.    So When I met my husband even before she was born, I tried appreciating fish little by little.  I could only eat a handful of local fishes on certain occassions: embedded in a dumpling, smuggled in a salty pie or locked up in  a soup! Such a waste for someone who’s born and raised in an archipelago blessed with tons of varieties of marine life.

Bangus or milkfish is one of the few privilleged fishes that merits entry to my kitchen.  Bangus or Chanos chanos in other part of the world, are fishes that lives around the coasts and island reefs.  Then they migrate to mangroves , swamps and lakes and only goes back to the seas to mature sexually and reproduce.  Bangus is known for being a bony fish, so in Philippines where they are consumed heavily “boneless bangus” or deboned bangus are readily available in the market.

How to Debone Bangus?

You will be needing sharp knife, chopping board, basin with water, mosquito forcep straight and of course your bangus. Wash the fish.  Scaling them or not depends on the dish you will be cooking.  Then cut the fish on the dorsal side from tail to the head running the knife along the backbone of the fish. Lay open your fish and remove all the intestinal organs.  You can use the paper towel to pat dry the blood.  Using the forceps remove the spines.  Then the rib bones that are just under the belly cavity.  Then the intermuscular spines, you will be needing to cut a small slit from head to tail and follow the dent; all the spines are stuck in there with the help of the forcep pull them one by one.  The lateral intermuscular spines in between the dorsal and ventral muscles.  Pull out the Y shaped spine and the 3 delicate spines.  And then lastly the spines on the tail region.  This may sound complicated but with the help of this video deboning your bangus is a lot easier.

Bangus Belly is my favorite part of this fish.  There are various recipes for bangus you can try: